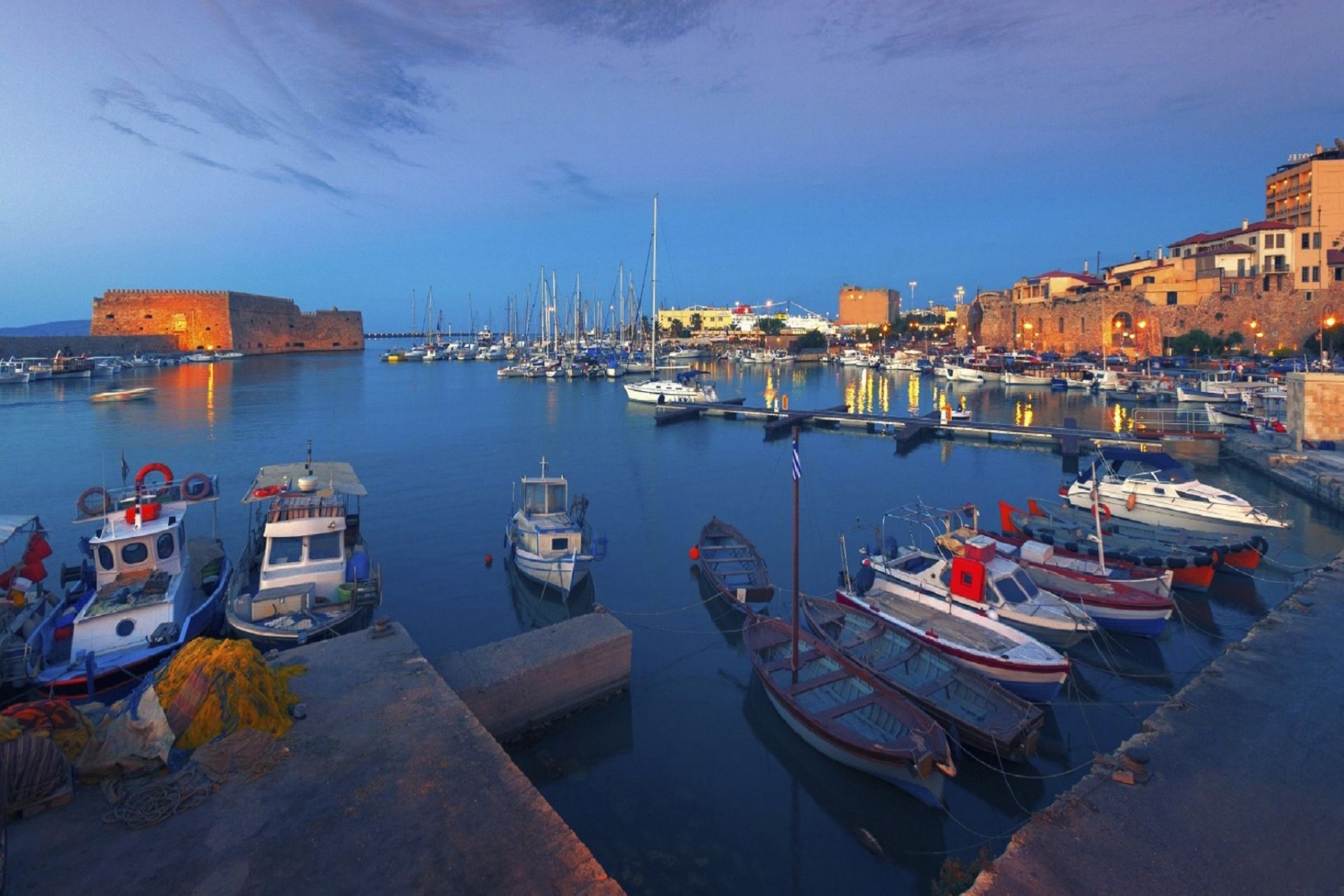 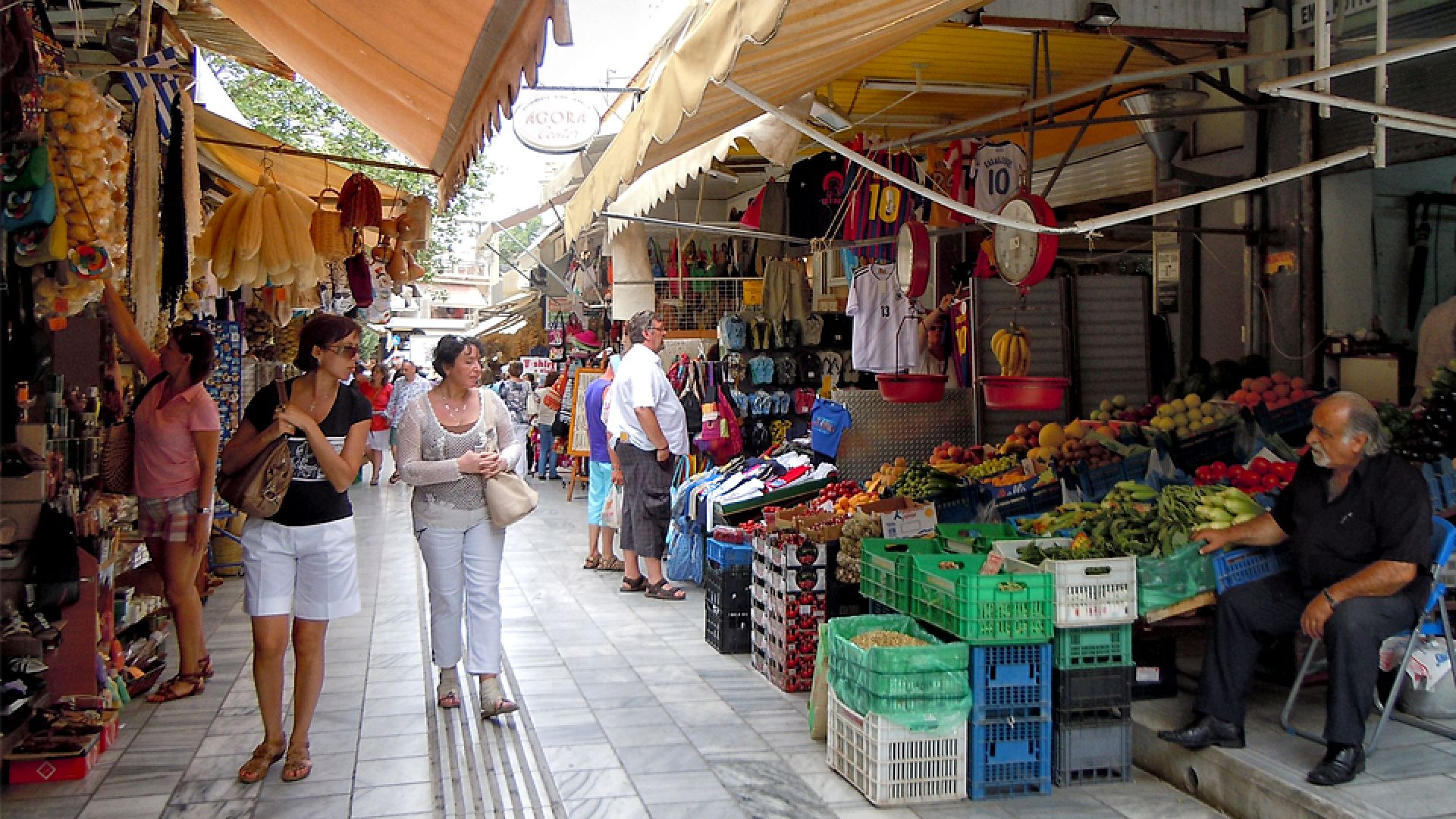 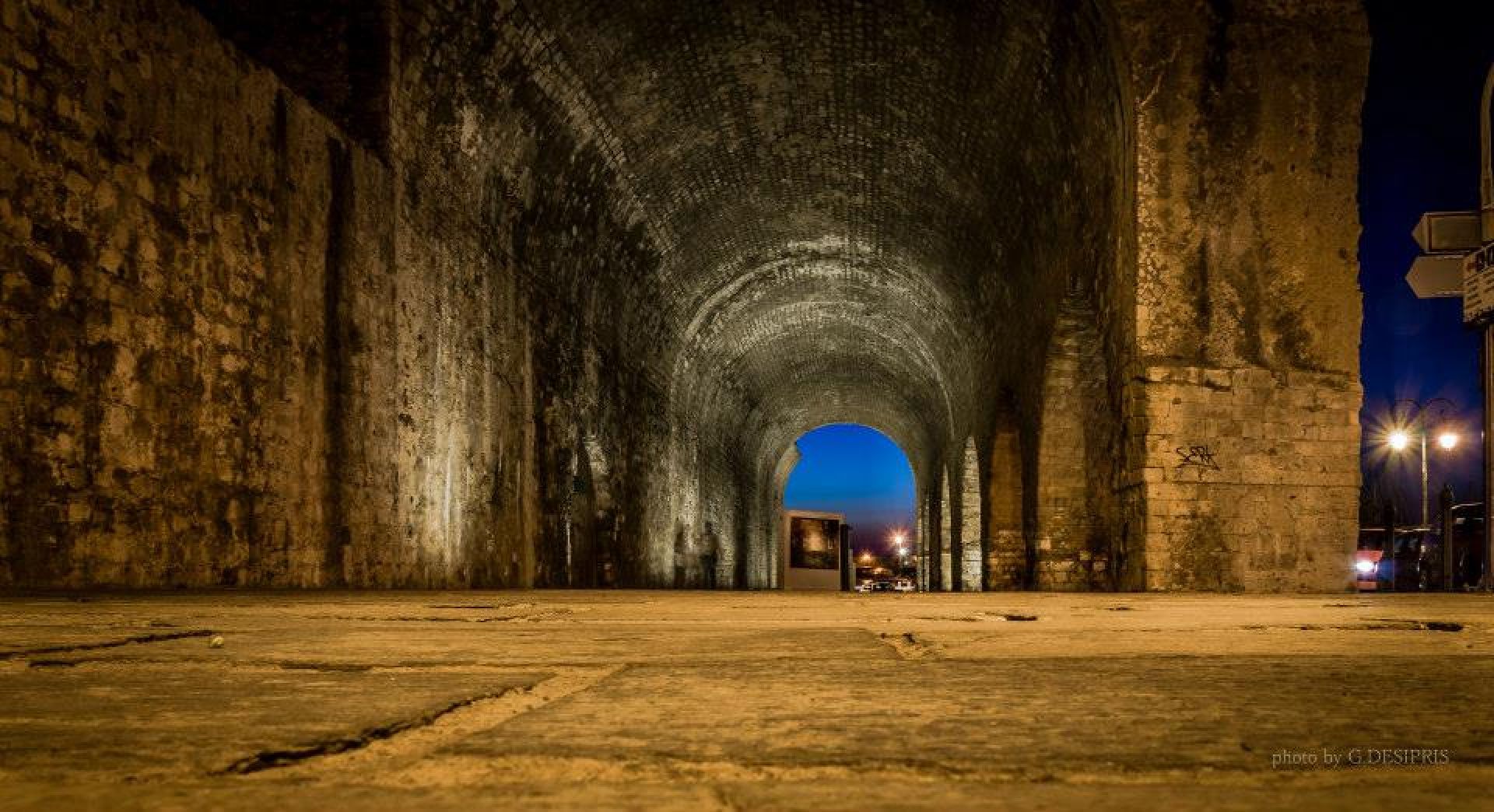 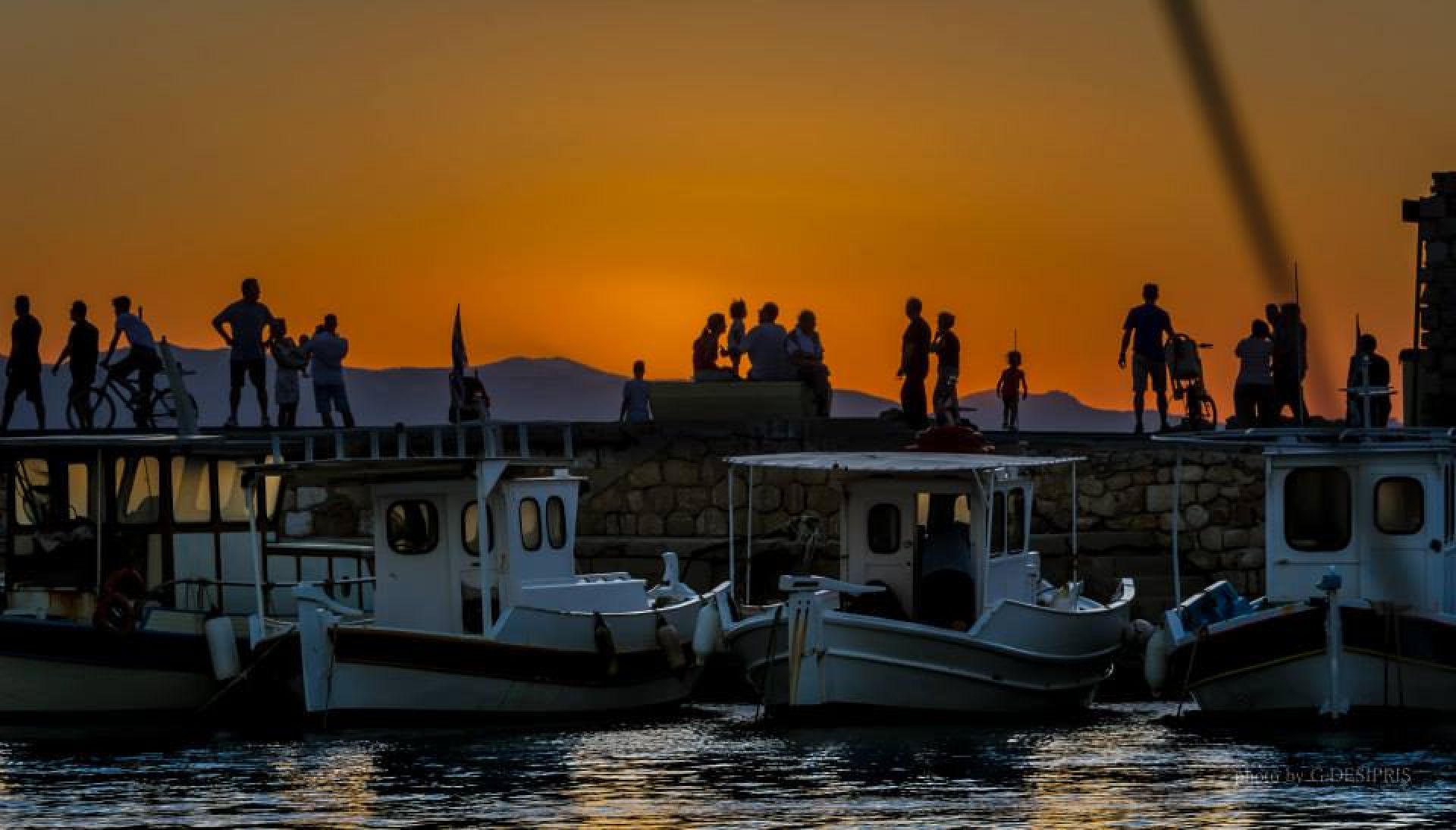 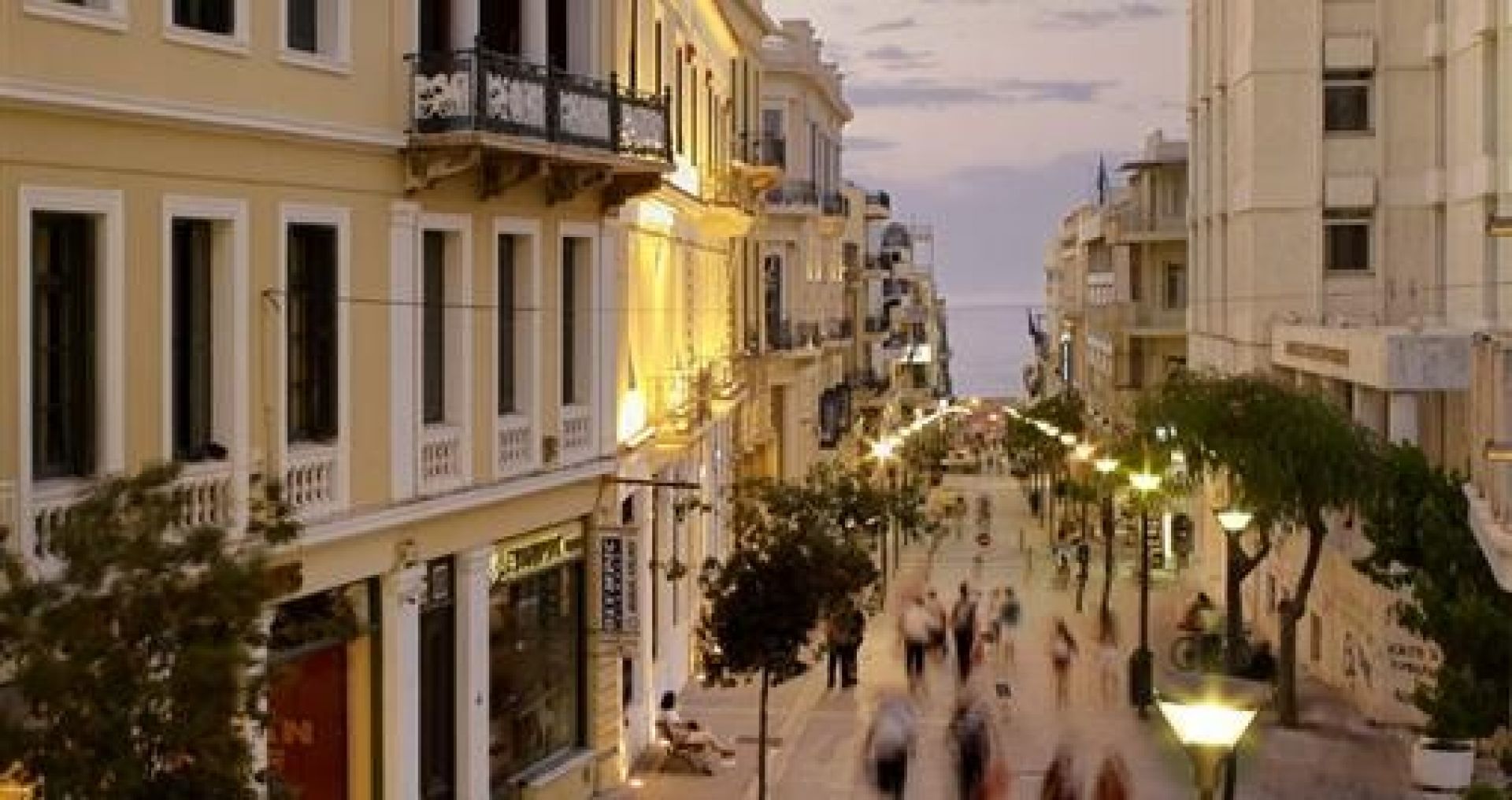 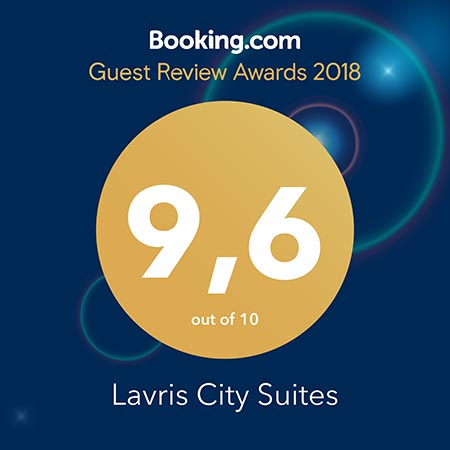 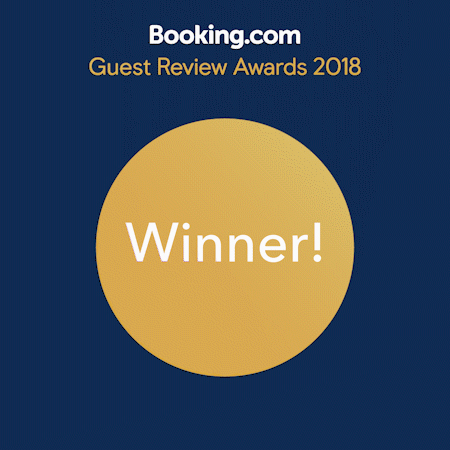 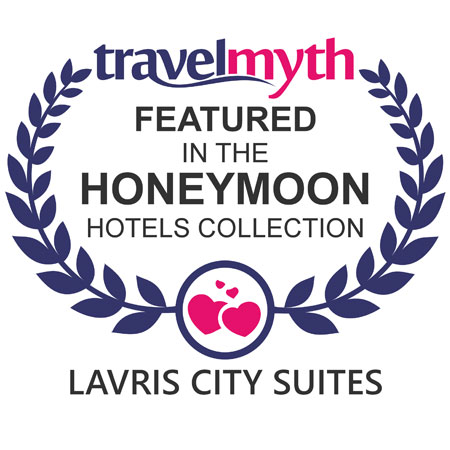 The city of Heraklion is the largest city in Crete and the fourth largest city in the country. Built on the northern coast of the island overlooking the Cretan Sea, it seems to be protected by the old Venetian walls, the most important monument left by the Venetian occupation, which suggests the adventurous past of the city.
History links the place to antiquity and Europe. In Crete, according to Greek mythology, Zeus, the father of the gods, brought the beautiful young virgin Europe with which he was in love. Their romantic encounter attributed their son, Minos, whose name he borrowed from all the kings of Crete, as well as his historical culture. During the Minoan years, Heraklion was probably the port of Knossos, the cradle of the Minoan civilization (2000-1450 BC). References to Heraklion have been made by ancient historians, such as Stravon, who in his writings in the 1st century AD. century refers to the port of Knossos as Herakleion, apparently named in honor of Hercules, who came to Crete to kill the wild bull and complete the seventh of his twelve feats. The most important milestones in the history of the city of Heraklion are the following:
During the 9th century AD. century, the Arabs occupied Crete and founded a new city called Rabdh al Khandak (Castrum Castle). The name Candia is still used by many residents of the city of Heraklion.
In the 10th century, the Byzantines regained control of the island and managed to control it until the beginning of the 13th century.

During the 14th century, the city fell into the hands of the Venetians. The Venetian period lasted for four and a half centuries and was the period of great progress for the city in terms of growth in areas such as commerce, architecture, literature and art in general. The world-famous painter Dominicos Theotokopoulos (El Greco) was born in Heraklion where he worked first. Many Venetian monuments still exist in Heraklion, such as the old walls surrounding the old part of the city, the fortress at the town's harbor (Koules), Loggia, the Morozini fountain and others.
After the siege of the city of Heraklion by the Turks (which began in 1648 and lasted for 25 years) the Venetians were forced to hand over the city to the Turks.
The Cretans revolted against Ottoman Turks many times, like 1770, 1821, 1866 and 1895. In 1898 the island of Crete regained its autonomy from the Ottoman Empire and in 1912 it was united with Greece.
Anyone who comes to Heraklion arrives knowing the famous museum of Minoan art and culture and the palace of Knossos. In fact, the Archaeological Museum of Heraklion has exhibits from Neolithic finds (5000 BC) to Roman ruins (4th century AD) and is considered one of the best of its kind in the whole world. There is also a Historical and Folklore Museum with exhibits from the post-Roman period of Crete, the Byzantine period, the Venetian and Turkish periods, as well as the Cretan civilization of the 20th century. On the outskirts of the city of Heraklion (5 kilometers from the city center) restored the ruins of the famous palace of Knossos. For those who love literature, Heraklion is certainly a pole of attraction. Here, Nikos Kazantzakis, one of the most famous Greek writers of the 20th century, was born, raised and lived for many years. He was buried in a small fort on a hill, very close to the city center. An interesting place is the museum that is dedicated to him in the village of Mirtia (15 kilometers south of the city of Heraklion).

Modern Heraklion is a cosmopolitan city, with the third largest port in the country and one of the largest in the Mediterranean. It is linked by sea to Piraeus, Thessaloniki, the Aegean islands, Cyprus and Egypt. There are also frequent flights connecting Heraklion with other cities in Greece (eg Athens, Thessaloniki, Rhodes) throughout the year, as well as direct flights to the European Community and destinations like the Scandinavian countries for the most part of the year. A variety of cultural activities with local, European and international interest are taking place in Crete. Art exhibitions, theatrical and literary events, international conferences and scientific meetings put their stamp on the everyday life of the city.
The geopolitical position of Crete, at the crossroads of the West and the East, coupled with its Mediterranean climate, has transformed it into one of the country's main tourist centers. 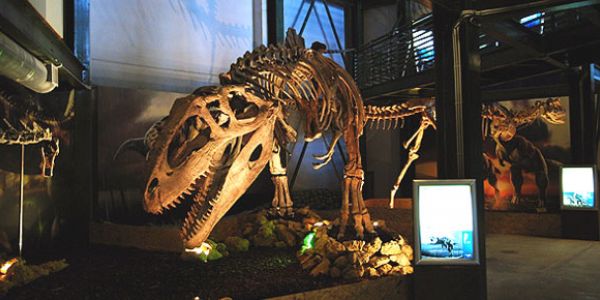 The Natural History Museum of Crete was founded in December 1980 at the School of Sciences of the University of Crete. It includes five departments: Zoological, Botanical, Anthropological, Palaeontological - Geological and Mineralogical.The Museu... 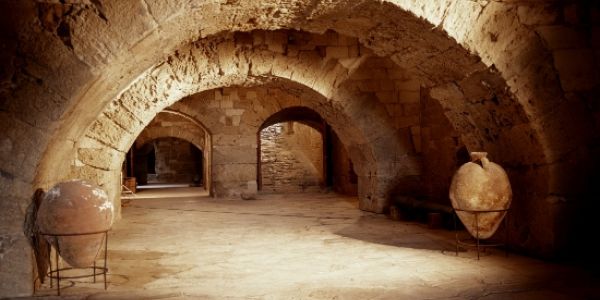 The Fortress was built by the Venetians in the early years of their domination in Chandax, for the better protection of the port of the city, which had a prominent strategic and commercial importance. The original building, which was low and witho...